Today I realized that I haven’t written in quite a while and need to get back to posting. I have been thinking about this quote.

Pause
To know the guidance of God’s Spirit, you need to be still and silent. In the cadence of your day, create some enclosures of silence where you pause and breathe and are really present to God’s presence.

It is important to take that time to rest in silence with God. Don’t expect for something to always come to you. It doesn’t matter. Just sitting silent and turning toward God is enough. Some people like to use the name “Jesus” over and over to focus their thoughts. Sometimes music helps. The music from the Taize community is particularly helpful. Here is one that could be used. Watch the beautiful scenes or close your eyes and just move into the song.

Sometimes we seem to be handed one problem after the other. People often say that problems come in threes. Sometimes there are more than that. Handling things that set us back can be anywhere from distressing to heartbreaking.

After many things go wrong we and feel defeated. After they have long passed we may begin to see them differently. Somewhere in the midst of it there may have been a grain of good. Somehow a secret blessing may be found in all the bad.

I think God helps us to find those blessings hidden in the things we go through. He somehow turns our eyes in a different direction and points lets us see from a different perspective. Sometimes trials can bring blessings.

I have heard that some evangelists are using this crisis to say that it is God’s wrath coming down on us for our evil ways. Well, there is one thing for sure. There are plenty of evil ways out there and have been since the beginning. Unfortunately mankind has not changed much over the centuries. There are still people who believe in doing good and people who don’t.  In reality I believe that most people fall between the two. Some more on the good side and some on the bad.

The Bible tells us that we should strive always for the good. It also tells us that God is loving…he loves each and every one of us. He wants the best for us. He told us clearly in this passage from John

6 “For God so loved the world that he gave his only Son, so that everyone who believes in him may not perish but may have eternal life.

17 “Indeed, God did not send the Son into the world to condemn the world, but in order that the world might be saved through him.

Our God is a loving God. He did not send a pandemic but I’m sure he hopes we will learn from it. I reminded me of this song from my era. God asks”When will they ever learn?”

So, chosen by God for this new life of love, dress in the wardrobe God picked out for you: compassion, kindness, humility, quiet strength, discipline. Be even-tempered, content with second place, quick to forgive an offense. Forgive as quickly and completely as the Master forgave you. And regardless of what else you put on, wear love. It’s your basic, all-purpose garment. Never be without it. 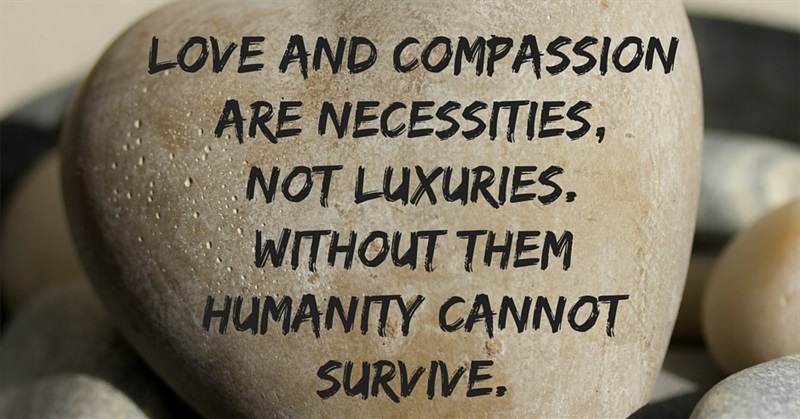 I hope that all those people whose fear caused them to choose selfishness will turn to this verse and listen to God.  The scripture is so very clear. If we choose love we can turn away fear and act with compassion.

The world is a scary place. Even more so now. People are frightened of catching this new virus. In reality, so am I. My husband and I are in a vulnerable part of the population being older.

The truth is we can’t spend all of our time being afraid. Things happen every day and something that goes wrong may have nothing to do with Corona Virus. We have to keep our perspective. God has promised to be with us not matter what. We need to spend our time focusing on good things and not spend our time in fear. God’s peace with uphold us.

Jesus is God translated to us as we would translate a book. He makes God visible. His many examples of God’s kingdom teach us the way. The parables so clearly show the Kingdom of God. Jesus taught so that we would understand. There are many references to Jesus’ teachings on this. Here are just a few. 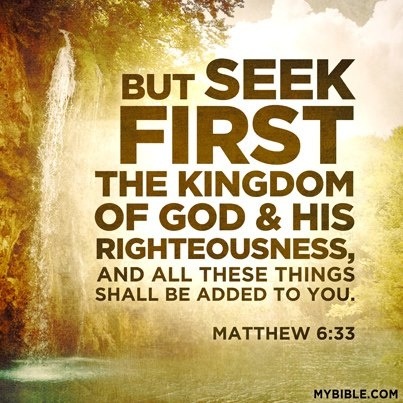 26 In the sixth month of Elizabeth’s pregnancy, God sent the angel Gabriel to Nazareth, a town in Galilee, 27 to a virgin pledged to be married to a man named Joseph, a descendant of David. The virgin’s name was Mary. 28 The angel went to her and said, “Greetings, you who are highly favored! The Lord is with you.”

29 Mary was greatly troubled at his words and wondered what kind of greeting this might be. 30 But the angel said to her, “Do not be afraid, Mary; you have found favor with God. 31 You will conceive and give birth to a son, and you are to call him Jesus. 32 He will be great and will be called the Son of the Most High. The Lord God will give him the throne of his father David, 33 and he will reign over Jacob’s descendants forever; his kingdom will never end.”

Mary had to be an amazing woman. First of all seeing an angel would be enough by itself and yet the scripture did not say the fainted or ran away. It says she was troubled. I would have been more that troubled.

The angel then goes on to tell her that she will become pregnant and give birth to a son. Since Mary was not married this had to be frightening. What will people think? How will I explain to Joseph? What will happen to me?

And yet Mary listens to the angel and believes. Could you?

The past few weeks I have been blessed with what I call “God moments.” These are times when with eyes open we can see God working. One was at a visit to meet a surgeon and schedule surgery on my thyroid. In my experience most surgeons are good at their job but not the greatest at bedside manner. This physician was the exception. He made me feel heard, understood and I could sense his compassion. The surgery is not a difficult one as long as it goes as expected.

Following seeing him I was ushered to someone to schedule the surgery. In her cubicle there were Biblical quotes and words of encouragement.She was kind caring and efficient. My surgery was scheduled for the week following Thanksgiving. She remembered my desire to have it over as soon as possible and when the Dr. decided to work on this Friday called to offer that date to me. I accepted with pleasure that she remembered. She then took the time to pray for me and my surgery.

As another of my friends says “the arangels were at work.” I could see God’s hand in all that has happened and pray for the best outcome.  God is present in our lives if we just take the time to see it.

Send your prayers for me on Friday.

14 The unspiritual self, just as it is by nature, can’t receive the gifts of God’s Spirit. There’s no capacity for them. They seem like so much silliness. Spirit can be known only by spirit—God’s Spirit and our spirits in open communion.

Do we really take the time to get to know God? We get to know people by spending time with them. We can’t know those that we stay away from. There are so many ways to spend time with God. We can meet in prayer, in silence, in church, and any other place that we choose. God is waiting for us. God is always ready. It is up to us.

Prayer: God, our companion on the way, help us to seek you in everything that we do. You are always there. We are the ones who back away. Remind us to spend time with you.